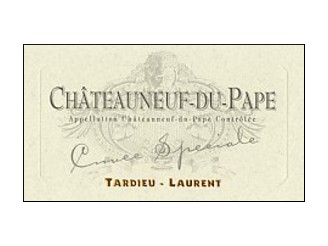 Since 1994, Michel Tardieu has been selecting and growing wines from very old vines and from the best terroirs of each appellation. Associated until 2007 with Dominique Laurent, known for the concentration of his Burgundy wines, Michel Tardieu has, because of the innate richness of the Rhone Valley wines, always sought to favour elegance and aromatic complexity in his selections.

In addition to his classic Châteauneuf-du-Pape, Michel Tardieu produces an original cuvée, the Cuvée Spéciale, 100% century-old Grenache, which is incredibly rich and voluptuous. A superlative wine aged in barrels in barrels of at least one wine (no new barrels to best express the sweetness of old grenaches).

Terroirs : at the base of La Crau on sandy soils
Varieties (age of vines) : 99% grenache (more than 100 years), 1% others
Ageing : 12 months in two or three wines old barrels, and 12 months in foudre
Bottling : no fining and no filtration

To keep or to drink :
Available February 2024

Our different flaconnages and containers